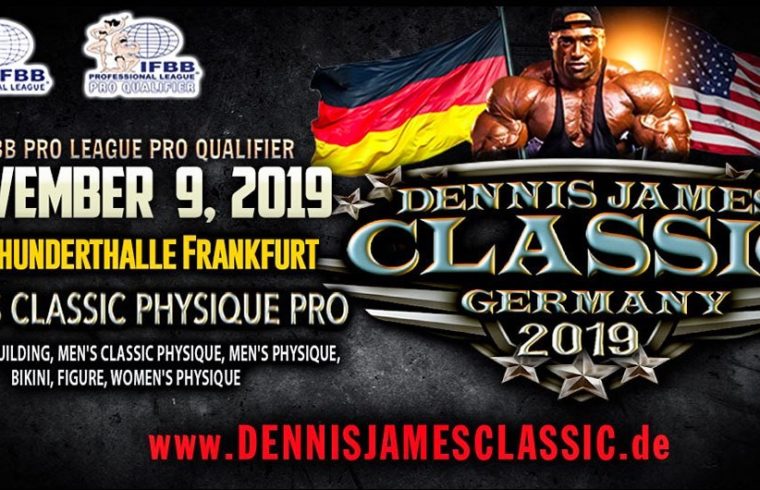 November, 9th, one of the tournaments of the most prestigious world series, the IFBB PRO League – Dennis James Classic 2019 was held in Frankfurt !

It was attended by representatives of the UFBF GOLD TEAM team, who managed to show followed results in a difficult struggle:

Vladyslav Sukoruchko became the overall champion of the tournament in the category, winning the category “Bodybuilding Superheavyweight” and won the coveted IFBB PRO CARD!!!

In the Bikini A category, silver won Anna Dorokhova!

Petro Sadunenko became the third in the category «Classic Physique B»!
⠀
Yulia Kan, Anastasiia Butenko and Mykola Diachenko settled on the finals of their categories…
⠀
The whole friendly team of the UFBF federation congratulates our champions with their achievements!